{Also published on The M Word }

I’ll be clear from the start: Most of the time, I’ve NO IDEA how to handle this situation.

But now that we’ve established our three-year-olds are essentially walking bundles of emotional confusion, what can we do to help them – and ourselves – get through it? Well, here’s what I’ve discovered on my quest to find out.

Last summer, when Rian was two and that all important half, I started seeing that he was randomly slapping other kids, for no apparent reason other than, ‘they’re toddlers, sometimes they just do that’, as people explained when I asked about it, and what I could do about it. It was quite stressful, if he did it to kids we knew, or kids we didn’t know, all I could do was apologise and try and make it clear to Rian in that moment that we do not slap people..however, during some research into it and how to handle it properly, I came across a recommendation for a book called The Colour Monster. Sold.

The Colour Monster by Anna Llenas is a book about identifying emotions for children.

Any research I did about the slapping incidents, or major meltdowns in general which were starting to become more frequent, all told me what we already know – they don’t call them the Terrible Twos or Threenagers etc for nothing. Toddlers don’t know what the emotions they’re feeling are, or how to manage them.

To be fair, and perfectly honest, a lot of the time I find it hard to control MY emotions (specifically, impatience and temper), so how can I expect a two or three year old to be able to do it?

My research also explained how emotional intelligence is something that ideally should be taught from a very young age so that we can learn to control and understand how we feel in lots of situations, not just as kids, but as adults too. So I figured it was worth a shot.

When the book arrived, we started reading it for our bedtime stories. It’s a quick book, a line or two per page with really lovely illustrations. It takes you through five emotions: Happiness, Sadness, Anger, Fear and Calm. It assigns a colour to each emotion and explains that sometimes you can feel lots of things at once, when all your ‘colours’ feel all mixed up. 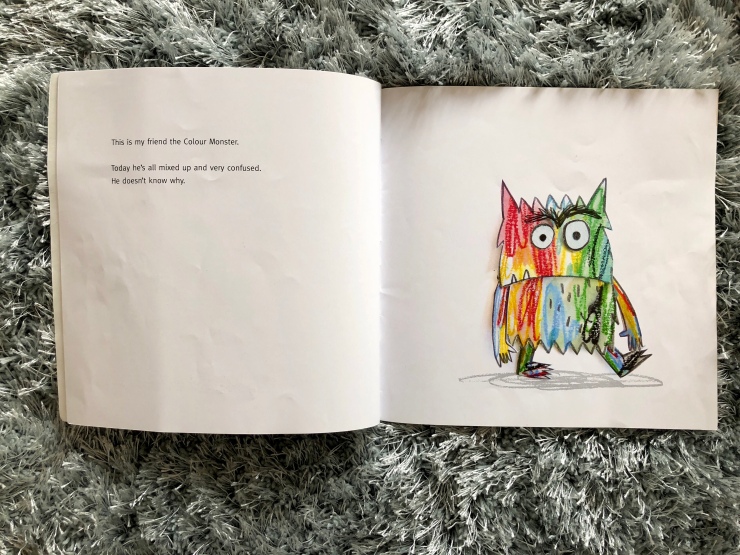 After a few reads, Rian knew all the words. The slapping continued every now and then, and all I could really do was intervene each time and firmly explain why we don’t slap other people. Of course it was still stressful and I went through all the usual worry of, am I doing this wrong?

Tantrums are par for the course and so they continued, and still happen – in fact we just had one about an hour ago (side note, he’ll be four soon enough… they stop at four, right??!!). But what started to change was that he was identifying how he felt… and I’m no expert, but I think this is the important bit.

For example, just the other night, Alex merely sat on my lap to read a book, so naturally by his three-year-old logic, this was deemed as a valid reason for Rian to have a big meltdown. At the height of a tantrum, (on the days I manage to keep myself calm too – let’s be completely honest; it’s not easy), I just weather the storm and wait for it to pass. Once it does, I ask does he want to cuddle for a minute. Sometimes he does, and other times, its as if nothing had ever happened… like a switch flicking from complete chaos to complete calm..!

But on the days where he takes up my offer of a cuddle, I talk to him about it. This is where The Colour Monster comes into it and where I’ve found it an amazing help.

I started noticing that he’d tell me he was feeling like ‘The Red Colour Monster’ when he was angry. Another day he came over to me, and out of nowhere just asked for a cuddle because he felt ‘like the Blue Colour Monster’. Another time he asked me if I was happy ‘like the Yellow Colour Monster?’… and so I knew that he was at least learning to identify each emotion with a label, to recognise each one and differentiate between them.

Now I’m no expert, maybe this would have happened anyway as he got over each stage of development, I don’t know. But the book most certainly helped us talk about it in a way he could easily understand and picture in his mind. So back to the other night when he had a tantrum over Alex sitting on my lap, without me even asking him he walked over, got the book, opened it on the Red page and told me ‘This is how I feel Mama!’

Thankfully, the slapping phase is over, can’t say I’m looking forward too much to Alex getting to this stage, with any luck he’ll skip it altogether… yeah I won’t hold my breath! But if you’re reading this and are nodding along knowingly, in the same boat, then I can’t recommend this book enough. There’s a similar one too by Dr Seuss called My Many Coloured Days – we came across this one a while after The Colour Monster, and I really liked it too but we had already gotten to know The Colour Monster so I just stuck with that one.

I don’t think there’s a ‘too early’ stage, Rian was two and a half when I bought it – if they’re sitting long enough to look at books for any length of time, then give it a go. Go forth and unravel that little bundle of confusion!

Anyway, don’t forget, the very second you happen to figure out one confusing phase, they’ll leave you behind,  move on to the next one and you can start all over again…

One thought on “Let’s Talk About Emotions” 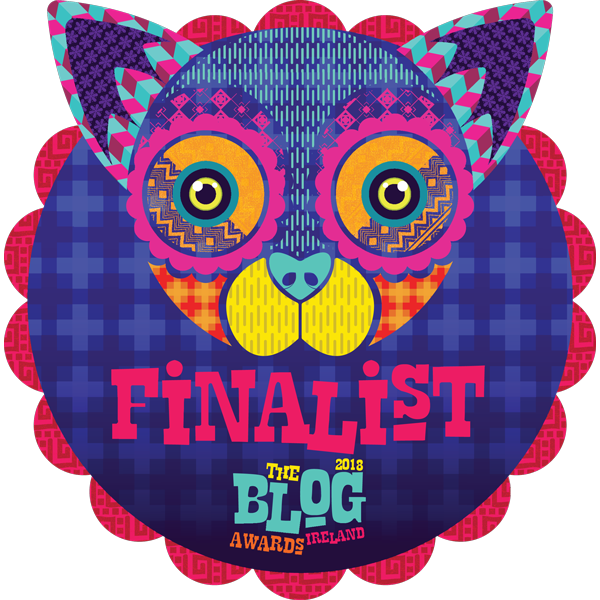 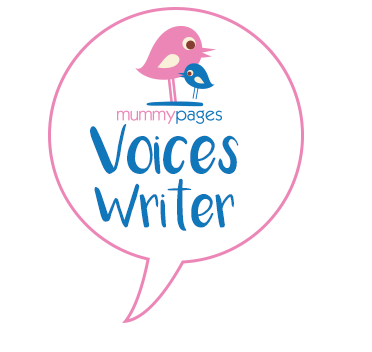